Over the Christmas period, we at Amplify were alerted to a far-right group distributing leaflets and propaganda in Stroud. While we aren’t going to name the specific group responsible (just pick a couple of militaristic buzzwords and you’ll get the picture) the content of the leaflet they were distributing was specifically promoting a conspiracy theory known widely as either ‘the great replacement’ or ‘white genocide’, depending on how mask-off its current proponents are feeling that day. We thought this, unlike the actual people distributing the leaflet, was worth commenting on as it’s a talking point that has cropped up with increasing regularity in the local and national discourse. Local Conservative Councillor Debbie Young retweeted a Katie Hopkins tweet alluding to it, and Keir Starmer rather publicly had no idea what it was when confronted by a caller on a radio show.

Put simply, the great replacement theory is the white nationalist idea that due to supposedly unfettered immigration and a difference in birth rates, white people will be overwhelmed and become an oppressed minority in the near future. It is also often implied or stated explicitly that  this process is being aided and abetted by elites, and ties directly into other anti-semitic conspiracies surrounding supposed Jewish control of global affairs. The Great Replacement has been adopted by a variety of neo-nazi groups across Germany, France, Sweden and Norway, as well as by white nationalist organizations in the US and UK. Nick Griffin of the BNP gave a lengthy speech on the subject at the European Parliament in 2014, during which he called for a new Nuremberg trial with members of the parliament sitting in the dock.

More alarmingly, the conspiracy relies on the racist assumption that non-white individuals are fundamentally not British. Much of this thought assumes there were almost no non-white people living in Britain before the 40’s, and certainly none before the advent of the trans-Atlantic slave trade. However, there is evidence of Black individuals and communities in Britain since at least Roman times, with their free living well-documented in the Tudor period.

It’s worth mentioning the pre-existing multiculturalism of the British Isles in order to dispel the fascist myth of a pure white Britain, only sullied in the modern day by all this new immigration. But this line of thinking still presumes there is some magical date-line that you must trace your family’s lineage to in order to qualify for a magnificent blue passport. How far do you have to trace back in order to earn the Ultra-Nationalist certificate of pure Britishness? Even this rebuttal specifically ignores the rights of an individual, and their right to call the nation they were raised in home. The equating of race and nationality crumbles quickly under any interrogation of what constitutes British identity, but  appears disappointingly to still be the default assumption of many.

Demographic shifts over long periods of time do occur, but the statistics on immigration and birth rate being questioned are meticulously hand picked by conspiracy theorists to give the impression that a significant degree of change is happening very quickly. A common tactic is to assume that current trends will continue over the next few decades; this is intentionally misleading, since it is impossible to make significant long term predictions over the next 50 years on current trends. It’s also worth pointing out that fascist literature, like the leaflets being given out locally in Stroud, are often not the most discerning or honest about the sources for their statistics. Perhaps most importantly, neither immigration nor demographic shift can be remotely equated with genocide.

Regarding the term ‘Great Replacement’ was coined by French novelist Renauld Camus, who asserted that French culture and tradition would be destroyed by mass immigration from North Africa and the Middle East. He also proposed, in a particularly blatant antisemitic dogwhistle, that a ‘replacist elite’ were aiding and abetting the destruction of the (white) French people and culture. The conspiracy has been widely adopted by far-right and white nationalist groups across Europe, largely due to how palatable it is to those already simmering with anti-immigrant sentiment and can be a significant stepping stone in radicalization.

The more extreme versions of this conspiracy often refer to something called the ‘Kalergi’ or ‘Coudenhove-Kalergi’ plan which posits that an intellectual writing in the 1920’s named Richard von Coudenhove-Kalergi, himself mixed race and of Japanese heritage and ethnicity, instigated a plan to eradicate the white race in Europe via immigration and race mixing. He was an outspoken European federalist, meaning he promoted the creation of a pan-European state in order to protect European countries from Russian military strength, and the overwhelming might of American capital. It is worth noting that Kalergi’s ideal European state would have been a significantly more extreme and unified version than the incarnation of the European Union we know today. Kalergi’s association with the Jewish community may have increased the likelihood of neo-Nazis appointing him the head of a grand conspiracy. Early in life, Kalergi himself was an antisemite, but after conducting research for a book on the subject of antisemitism, became an advocate for Jewish issues and later married a Jewish woman. The idea he is behind a grand plan to disenfranchise white people globally arises from a few lines in is 1925 book ‘Practical Idealism’ in which he states; 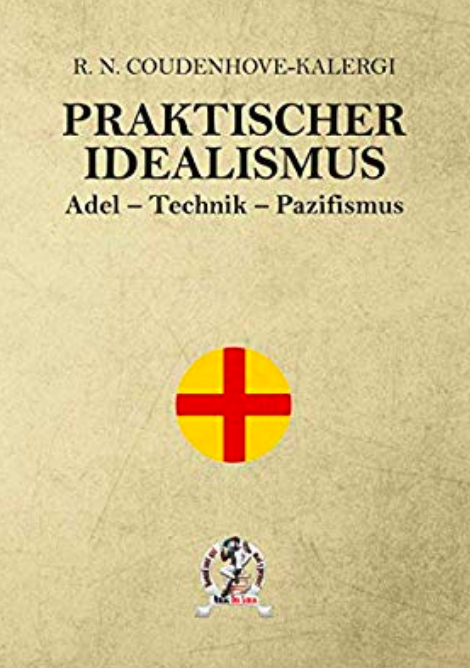 “The man of the future will be of mixed race. Today’s races and classes will gradually disappear owing to the vanishing of space, time and prejudice. The Eurasian-Negroid race of the future, similar in its appearance to the Ancient Egyptians, will replace the diversity of peoples with a diversity of individuals.’’

In context, Kalergi is predicting changes he thinks will happen over centuries. Clearly, this quote is only terrifying to the white nationalist, who mistakenly believes that hundreds or thousands of years of demographic shift is the same as an assault on their community, though community incoherently self defined in racial terms, and that European nations are implicitly constituted of one race. Considering the time period in which the book was written, taking any of the ideas on race seriously in the modern day would be akin to arguing about Teutonic or Saxon heritage.  The rest of the book is essentially a monologue on Kalergi’s ideas and predictions for the future, and nowhere in any of his writings is a distinct plan to erase the white race. It is worth bearing in mind that Kalergi had some abhorrent views regarding the colonisation of African nations, and was by no means a forward thinking or antiracist individual, but the notion he is the grand architect of a race-mixing conspiracy is profoundly absurd.

In its less distilled and insane form, the great replacement or white genocide conspiracy theory is probably one of the most popular conspiracies espoused by white nationalists today. Some version of it is likely adhered to by most, if not all, hard-right or white nationalist figures visible in popular discourse, like the aforementioned Katie Hopkins, Tommy Robinson, and political figures in far-right parties like the BNP.

One of its most dangerous effects comes from accepting the argument on its own terms, the implication that non-white individuals are not British and have less claim to the protections and privileges of citizenship. Some of the responses to Black Lives Matter protests in the summer of 2020 demonstrated the prevalence of some of these ideas, and events such as the Windrush Scandal evidenced how this deeply racist thinking comes through in government policy and action.

While leafleting in Stroud might be the action of a small group of fringe extremists, the ideas they are promoting are disturbingly popular and exist dangerously close to the mainstream. Like most white nationalist ideas, the great replacement falls apart under the most minor scrutiny, and reveals itself to be a shoddy construction of absurd, racist ramblings.

These conspiracies seek to divide our populace along racial lines, and provide the public with an ‘other’ to hate, as is necessary for fascist ideology to reach success. It is ever-increasingly important not to let these ideas propagate unchallenged. Gloucestershire Live posted a piece mentioning the leaflets, naming the group involved and neglecting to challenge any of the arguments mentioned in them. Refusing to criticise fascist ideology whilst reporting on it does little more than serve as an advertisement for this fringe group.

Conspiracy theories like the great replacement may seem far removed from many of our realities, but, as these leaflets show, for many the consequences are terrifyingly real and the threat is on all of our doorsteps.